Inscription Rock and a Look at Atsinna Pueblo

Inscription Rock – Message Board for the Ages 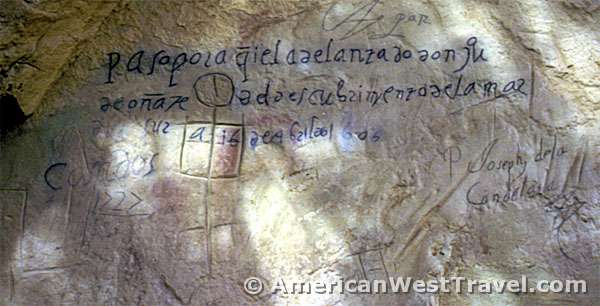 “Passed by here, the Adelantado Don Juan de Onate, from the discovery of the Sea of the South, the 16th day of April, 1605.”

People had been carving messages on Inscription Rock in western New Mexico for centuries before Don Juan de Onate came along. De Onate, the first Spanish Conquistador to organize a colony in New Mexico, has the distinction of carving the first translatable and dated message. 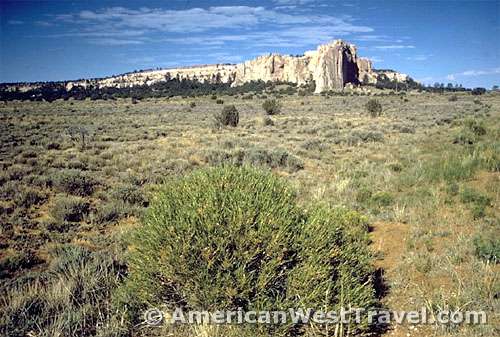 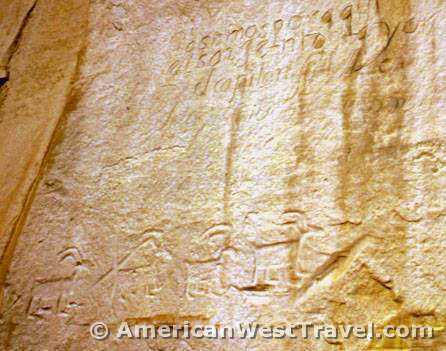 Now part of El Morro National Monument, El Morro Mesa has been a landmark in the monotonous high desert of New Mexico for centuries. The spring-fed oasis at its base has made it a favorite camping spot for Anasazi/Zuni traders, Spanish Conquistadors, the U.S. Army, American pioneers, and modern travelers. The soft, flat rock by the spring, now known as Inscription Rock, has been a favorite message board for all. 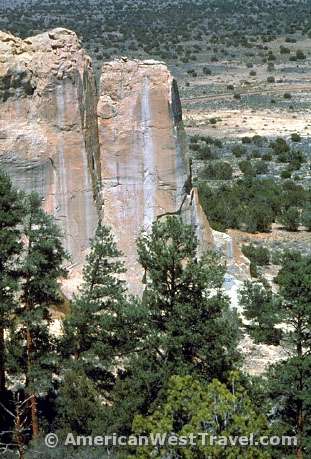 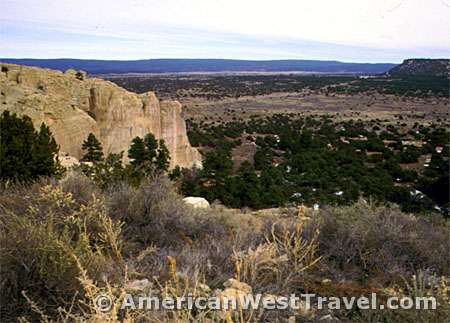 The permanent oasis has been a focal point of life for millenia. Relics of ancient Paleo and Archaic hunters, dating back thousands of years, have been found throughout the area. The first written record of El Morro is found in the chronicles of the Espejo Expedition, and dated March 11, 1583.

[Photo, far left]: Closeup of Inscription Rock (courtesy, NPS). [Photo, near left]: The edge of El Morro mesa. The spring and the inscriptions are mainly at the base of Inscription Rock. This is the lowest spot, where the mesa’s runoff keeps the spring fed with a reliable supply of water. 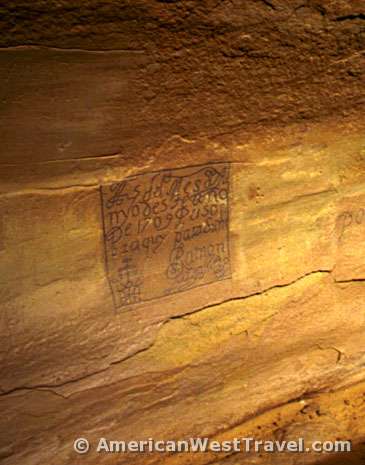 The Spanish reigned in New Mexico for nearly 200 years. After being driven out by the Pueblo Rebellion of 1680, they took back control twelve years later and ruled for generations. General de Vargas recorded his victory at Inscription Rock thusly:

“Here was the General Don Diego de Vargas, who conquered for our Holy Faith and for the Royal Crown all of New Mexico at his own expense, year of 1692.”

[Photo, right] Inscription reads: “On the 25th of the month of June, of this year of 1709, passed by here on the way to Zuni, Ramon Garcia Jurado.” 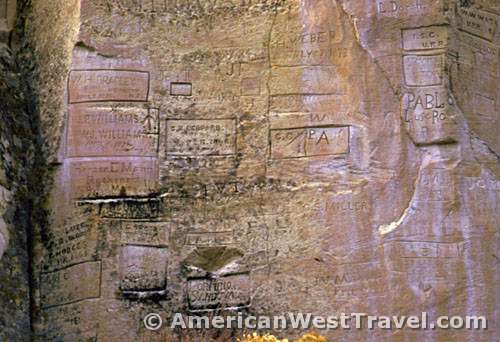 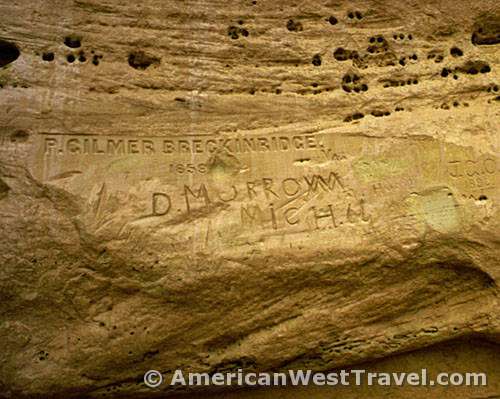 The final inscription in Spanish was dated 1774. The Spanish lost control of their North American territories to the Mexicans who in turn lost them to the United States during the Mexican-American War of the 1840s. The first U.S. Army signature was dated 1849, signed by a Lt. Simpson. The rock is rich in signatures and messages in English dating in the mid-19th century. As time went on, the engravings became more sophisticated and legible. 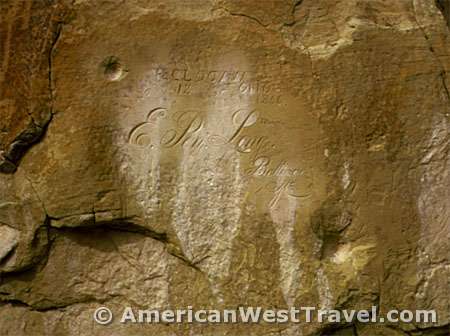 [Photo, above left]: Inscriptions at the point of El Morro include old Spanish carvings as well as English carved by members of the 1868 Union Pacific Railroad survey.

Inscription Rock was incorporated into El Morro National Monument in 1906 to preserve the obvious historical value of the etchings. Carving in the wall is no longer permitted. However you will find some modern carvings as well. If you visit here, we urge you NOT to add your signature to the wall! 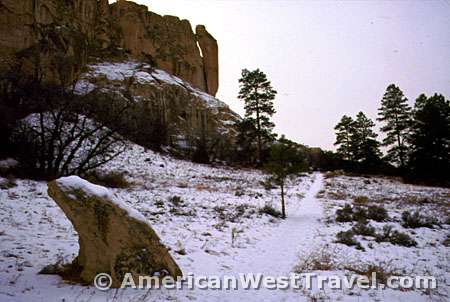 [Photo, left]: The trail circles around El Morro Mesa then heads to the ruins on top of the mesa.

El Morro National Monument also features the remains of a 13th century pueblo on top of the mesa. The village, known as Atsinna, was occupied by Anasazi ancestors of the Zuni people for only a few decades. They had lived in the area for centuries, and the modern Zuni people live in the same area.

It’s not clear why the Anasazi built on this hard to access mesa top. It is speculated that the 13th century was a period of drought and famine, and they wanted a defensible position close to the sure water supply at the base of the mesa. When the drought ended, it appears they just moved back to the desert floor. [Photo, below, left], an unusual rectangular kiva. Anasazi kivas on the Colorado Plateau were generally round. [Photo, Right], the remains of some rooms with a view. 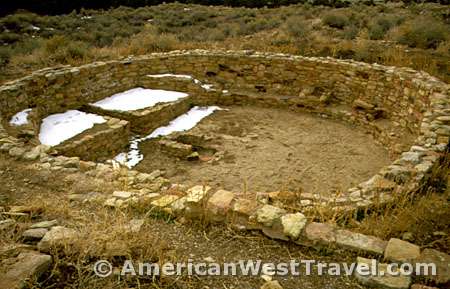 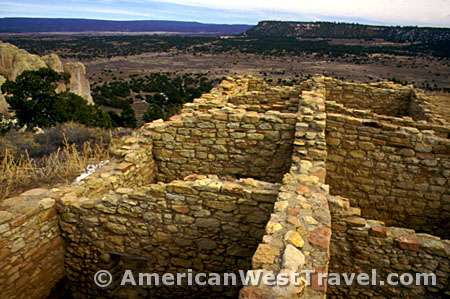