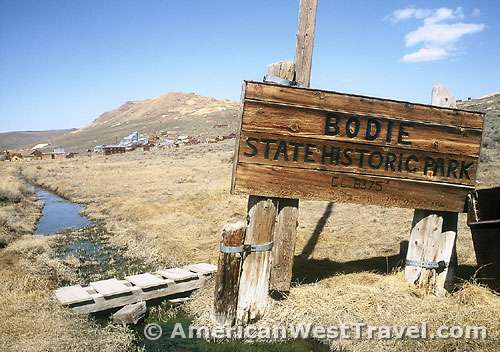 The hundreds of ghost towns strewn across the American West are an enduring reminder of the restlessness and entrepreneurial spirit of the American people. Most of these towns started with the shout of “Gold!” the most explosive catalyst of the westward expansion of the 19th century. Upon the news of a major gold or silver strike, a local mining camp would be stampeded by thousands of miners and other entrepreneurs looking for quick riches. An instant town would arise, invariably rough and rowdy, with all manner of services for the miners, especially bars and brothels. 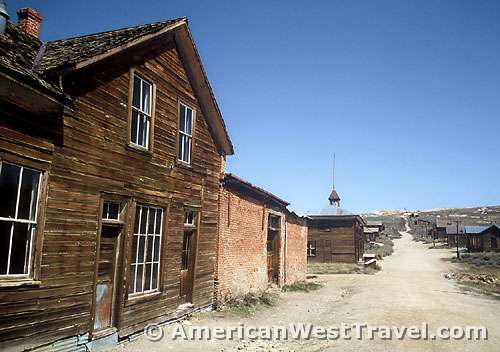 When the easy pickings at the mines ran out, most of the miners likewise ran out, looking for the next big strike, and leaving behind a shell of a town. Advancing technology, which allowed more effective mining gave many of the boomtowns a second lease on life well into the 20th century. But even for most of these second-stage mining towns, death was inevitable. However their longevity often left them in a relatively well-preserved state. Such is the case with the town of Bodie, California, now Bodie State Historic Park, generally considered the best preserved of all true western ghost towns.

Right, Green Street, one of Bodie’s main thoroughfares, is a shadow of its former self. 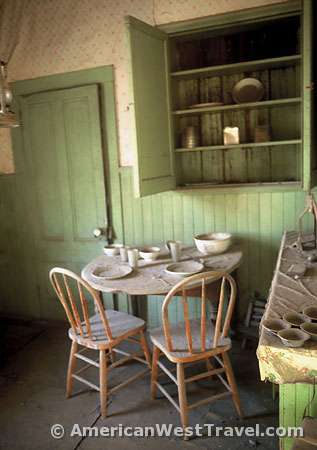 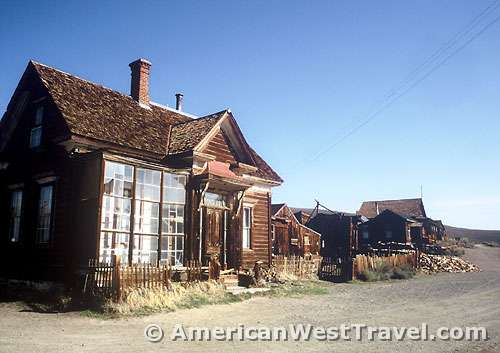 Left, the original kitchen of the Miller House. Right, the home of James Stuart Cain, who eventually owned the Standard Mine. 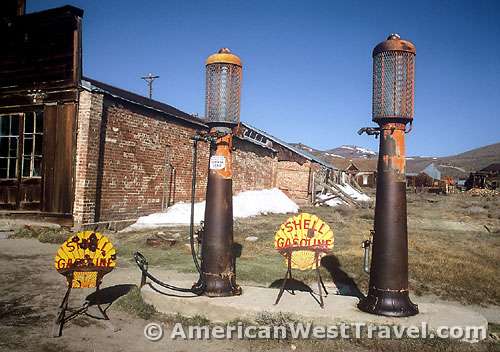 Prospector W. S. Bodey first discovered evidence of gold in 1859 about eighty miles south of Carson City, Nevada. (He died that same year in a vicious snowstorm and never reaped any wealth from his discovery.) During the 1860s about one hundred miners lived in the camp, named Bodie rather than Bodey, toiling quietly for the Bunker Hill (later Standard) Mine. The first rich vein of gold ore wasn’t discovered until 1874 during a cave-in at the mine. With the mine’s announced financial success in 1877 and a major strike the following year the boom was on. During its heyday from 1878 to 1882, the town was as mean and tough and wild as any in the west. Its hardships fittingly summed up by a 11 year old girl, upon learning her family was moving there in 1879, who wrote in her diary: “Goodbye God, I’m going to Bodie.”

The remains on Main Street of downtown Bodie, from west to east. 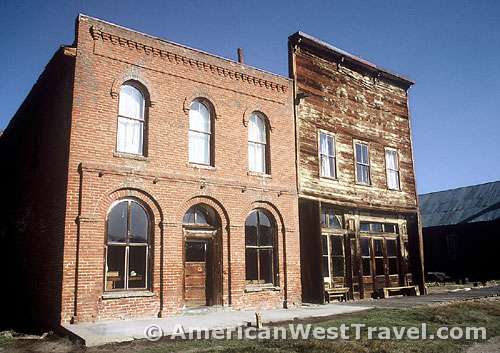 Dechambeau Hotel and Hall of the Independent Order of Odd Fellows

Left, Brick building is Dechambeau Hotel; at right, Hall of the Independent Order of Odd Fellows, a men’s club. 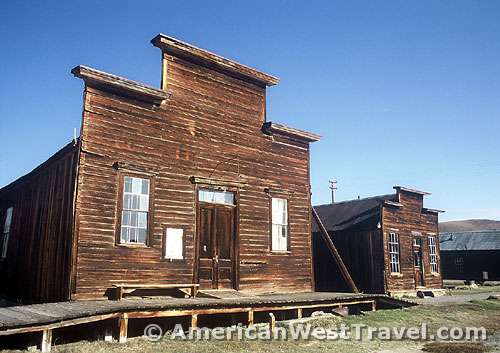