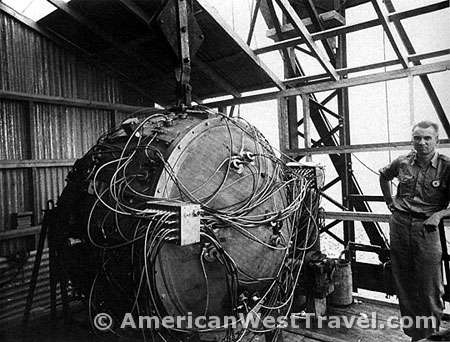 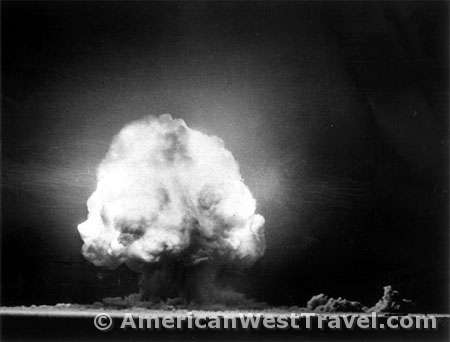 At right, the Trinity blast about ten seconds after detonation. The column of smoke (the mushroom’s “stem”) was about 200 yards across at this point.

At left, the actual bomb being readied at the top of the tower. This plutonium bomb was being tested because the detonation scheme required to compress a ball of plutonium into a critical mass was quite complex. The uranium bomb dropped on Hiroshima was relatively simplistic and did not require advance testing. 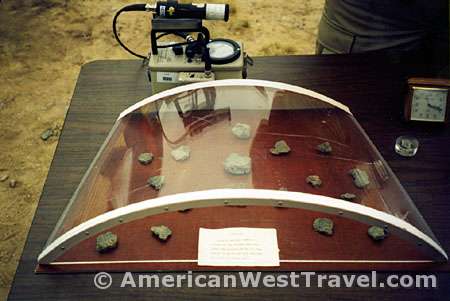 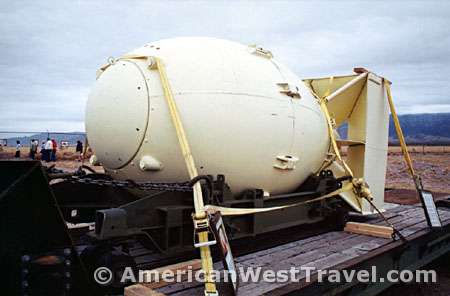 At right is an early casing for a plutonium atomic bomb. This was very similar to the Fat Man bomb dropped on Nagasaki on August 9, 1945.

At left, a display case of trinitite near Ground Zero. Behind it is a Geiger counter. The old style clock to the right was part of the interpreter’s demonstration. She was showing that old clocks and meters which had radium coatings on their dials generate greater readings than the trinitite.

The photos (below) show the shed which preserves the section of crater that was not filled in. The crater was actually shallow, only about 2 to 3 feet deep. It was covered primarily to make the site safe for visitation. At right is a closeup through the open window. The small piles of grayish rocks in the center are all that’s left of the trinitite. Otherwise, it’s just sand. 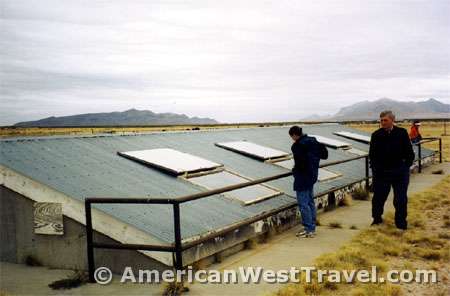 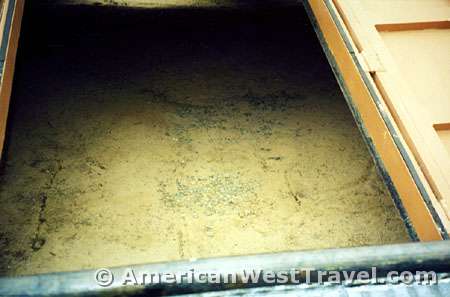 The open house also includes a bus ride to the historic McDonald ranch house two miles south of Ground Zero. The ranch was abandoned in 1942 when the area became a military reservation. On July 12-13, 1945, the house was used as the assembly point for the Bomb. The house survived the blast with only broken windows. The adjacent barn did not fare as well, suffering major damage. At the time of detonation, the primary scientists were in a bunker 10,000 yards south of Ground Zero.

The photos below: left, the front of the ranch house (which is seen in the famous photo where the plutonium is being unloaded from a car); and right, the master bedroom used as the “clean” room to assemble the core of the bomb. The sign on the door reads, “Please use other doors, keep this room clean.” 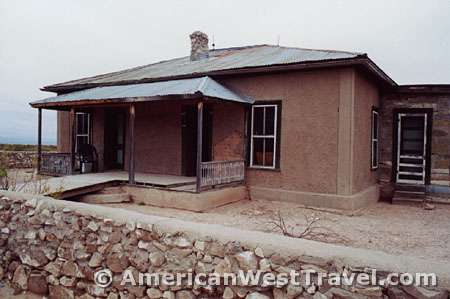 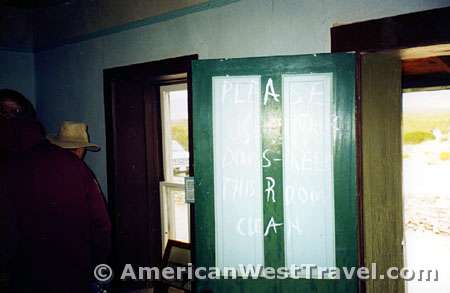 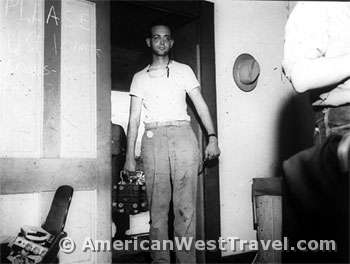 (Photo, Right) Sgt. Herbert Lehr delivering the plutonium core (or a part of it) in its shock-mounted carrying case to the assembly room in the McDonald Ranch farmhouse.

In 1945, the physicist, Leo Szilard, who originally conceived the idea of a nuclear chain reaction, led a faction of scientists which wanted to petition President Truman not to use the bomb. His reasoning was that the result would be a nuclear arms race with the Soviets, that a hydrogen bomb would soon be developed, and that World War III and total annihilation would be inevitable. (Szilard was despised by General Groves and those who wished to deploy the weapon. They ultimately coerced Oppenheimer into suppressing the petition to Truman.)

In the world of 1945, the concept of total war and the killing of millions was being practiced in real life. What Szilard underestimated was the powerful human survival instinct. When the rival powers attained the ability to annihilate each other and the world, they were able to rise above the politics of confrontation enough to say no to nuclear war, but just barely (Remember the Cuban missile crisis in October, 1962). Sadly, in the post-9/11 world, we are again worrying about nuclear weapons and other assorted “weapons of mass destruction”, real or imagined. Not much of a respite.